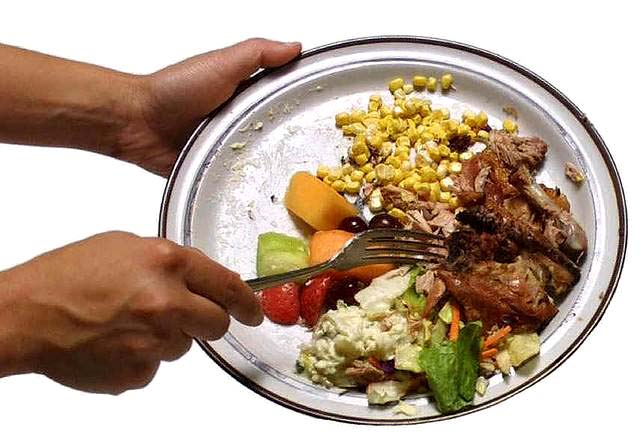 For many decades America has been known as the bread basket
of the world. This distinction is attributed to America's ability to
produce an abundance of food from its vast, fertile farm lands,
an abundance that supplies not only the needs of the American
population but is also shared with other countries. So it is that thanks
to hard-working farmers and agricultural experise, America has
enjoyed unprededented food prosperity that has benefited many
people around the world. Nevertheless, an abundant food supply,
coupled with easy access and the financial ability to buy it often
results in what is now called food waste. While wasting food is
not a new practice, modern society has taken it to unprecedented
heights to the point where food waste is now identified as a
shameful, social ill.

FOOD WASTE: what is it?
Food waste or food loss is common understood to be any food which
is considered inedible due to spoilage and/or damage and is therefore
discarded. On the other hand, food waste can also refer to food that is
edible but for one reason or another is unwanted or needed and is thus
thrown in the trash.

FOOD WASTE: how it happens
The food chain has many participants. There are those who grow it,
those who process it, those who transport it, those who sell it, and those
who consume it. At every junction of this food chain, it is possible for food,
especially perishables (fresh fruit, vegetables), to spoil. Monitoring and
managing food quality along the line is thus both an important science
and an art that safeguards food quality from farm to table. Despite quality
control mechanisms, however, food does spoil. Spoilage is a natural
progression not a new phenomena. Nevertheless as society has
progressed in its understanding of and relation to food and food
production, the incidence of food waste has increased. Spoilage in the
form of damaged/moldy produce, dented/leaking cans, rotten meats and
seafood as well as stale packaged goods are common signs of poor
food management along the food line. Excessive food damage and
spoilage that renders food inedible thus becomes food waste that
feeds landfills and not stomachs. 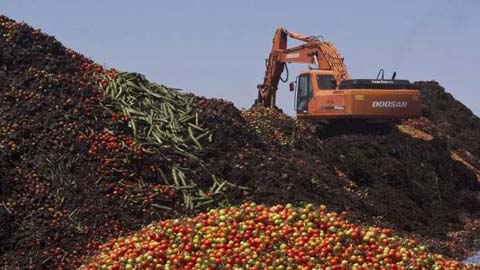 Food waste also results when food is thrown away inadvertantly for
reasons other than spoilage. Often it is dumped it in the trash because
the consumer no longer wants it, lost his appetite for it, was too full to
eat it, was tired of eating it or it did not appeal to his tastebuds.

Last but not least, food waste can be generated by governments that,
through mismanagement (intentional or otherwise), fail to distribute food
intended for public consumption. Such food succumbs to spoilage and
becomes food waste.

FOOD WASTE: the facts
It could be rightfully said that the growing awareness of food waste as
a social ill is largely due to the issues of economics and world hunger,
the argument being that discarded food is not only money down the drain
but it is food that could have fed the hungry. Therefore, humanitarian,
environmental, government agencies, and concerned consumer groups
have been actively investigating food waste in an effort to improve food
management locally and globally. Their combined research reveals the
following facts. 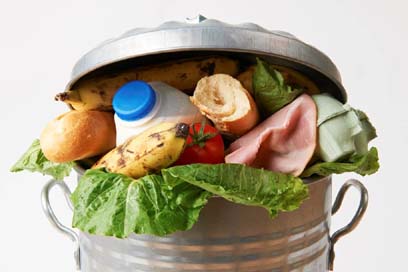 FOOD WASTE: eliminating the problem
While food waste happens all along the food chain and should be addressed
accordingly, the greatest amount of food waste occurs in the kitchen. Thus
if food waste is to be eliminated, it must start in the home by facing the
problem head-on and deciding what to do about it. Begin the strategy by

Once the food waste problem is recognized as being real and that it
requires personal responsibility to eliminate it, take action.

FOOD WASTE: food prep tips
Realizing the full potential of foods is an understanding as well as an art.
It is also a practice that sometimes involves re-inventing kitchen habits.
Consider the following tips that multiply food value while curbing food
waste.

Becoming food wise also translates into being thrifty. Help to eliminate
food waste by purchasing reduced, 'cosmetically imperfect' fruits and
vegetables at food stores. Likewise local growers often offer produce
'seconds' at lower prices. If you have excess garden produce, share
with family, friends or donate it to food banks. For the more adventurous,
many localities now have 'gleaning' programs that allows the public to
freely harvest left-over produce from farm lands. These are win-win
opportunities for consumers, growers, and retailers to curb the curse
of food waste. 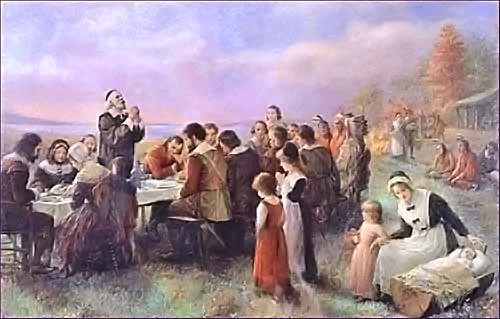 In conclusion
Food waste is a fact of life. Nevertheless, it is not the same as it
used to be.There was a time in America when 'waste not, want not'
was a way of life. But times have changed. We have become a
'throw away' society. As a nation we have abused our prosperity
by taking it for granted which has fostered an 'easy-come-easy-go'
attitude that translates into harmful, destructive lifestyle habits.
Bags, boxes, cans, and landfills are filled with unwanted food
and other items that are discarded for the sake of buying new
and better. So it is that the saying, 'Garbage in and garbage out,'
takes on new meaning.

It is said that the US economy is based on waste, and judging
from the amount of food waste that is generated each year in
America, this assessment proves true. Sadly, one in eight
Americans struggles to put enough food on the table, while forty-
two million do not know from where the next meal is coming.

The many years that we have wasted food may come back to
haunt us, for there might be a day when food will be in short supply
if not scarce. Violent storms have all but destroyed America's vast
farmlands. Crop failures are at an all-time high. Farmers are declaring
bankruptcy, and many are committing suicide. What happens when
America's bread basket is empty?

Many people in the world pick through garbage heaps to find enough
food to eat. We see photos of them and shake our heads in dismay
and dismiss their plight, finding it difficult to believe that such a scenario
could exist in the modern world. Nevertheless, it does, and soon
Americans may end up joining them in poking through garbage in order
to find food, albeit their own food waste. Life could turn that sour.

It goes without saying that as a nation we have become a spoiled,
arrogant people who expect to live high on the hog at someone else's
expense. What we have come to value in life is all wrong. The principles
that made America great and envied by nations around the world have
been trashed to the point that we are a wasted society, deserving of
YHVH Almighty's righteous judgment.

Food is a gift, a blessing given to us by our Heavenly Father to sustain
us in our life's journey on earth. We are called to be good stewards of
the land, to cultivate, care, and eat the living foods that YHVH created
for us. Reverencing Him and His creation that we might prosper is a
fundamental law of the universe, a right and duty afforded us by YHVH.
It is time that we respect the Almighty and the provisions that He has
given us. It is time to be thankful and not wasteful of His beautiful
foods lest we perish. 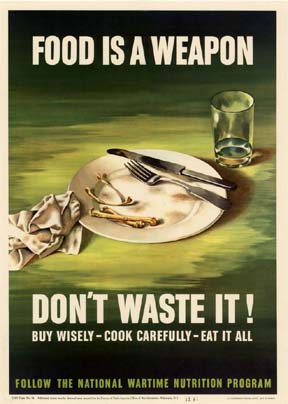